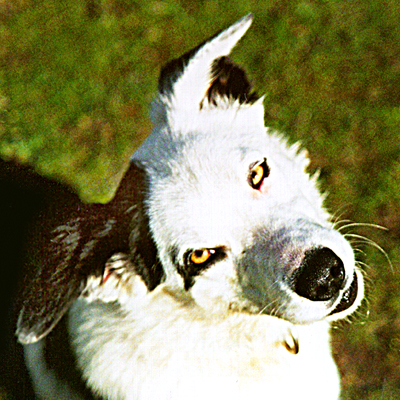 Every dog is special in his or her own unique way. But once, maybe twice, in a lifetime, you meet a dog who stands far apart from all the rest.

Born 17 May 2001, Kimberley was one such dog. With the characteristically short coat of an Australian Working Border Collie, “aeroplane” ears and yellow eyes, she moved like the wind in her heyday, herding hundreds of unruly goats through rain, hail or baking heat with the efficiency of a dozen men.

She could single out a specific animal from the herd just by following my line of sight, separate and hold it until it could be caught. 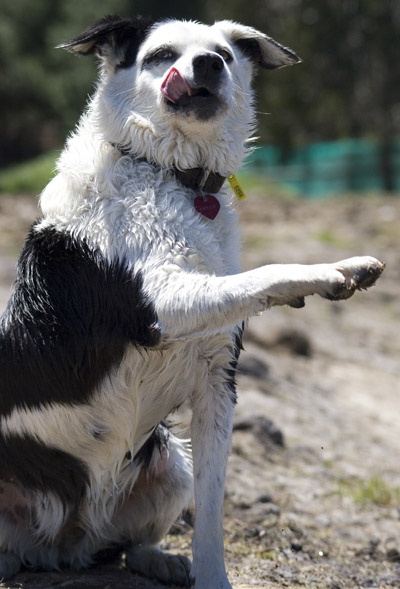 When I was splitting horses between paddocks she’d fetch me the bucket I’d left behind, dragging it fifty metres still with feed inside.

On the petrol tank of the dirt-bike, the back of the quad, in the trailer or on the roof of the jeep… she went wherever I needed her to be … her only quirk being if she got to the passenger seat of the jeep first, she would lock the door behind her so no-one could take her spot.

At the end of a long day’s work, all she asked for was a belly scratch, a horse-trough to sit in and a cat to watch for a few hours before bed. And a few repetitions of her favourite phrase “Who’s beautiful?” never went amiss.

On her days off, she played fetch. Hours and hours of fetch. And when she grew too old to run after the stick, ball or frisbee, she barked encouragement (or abuse?) at the younger dogs whilst they played fetch. 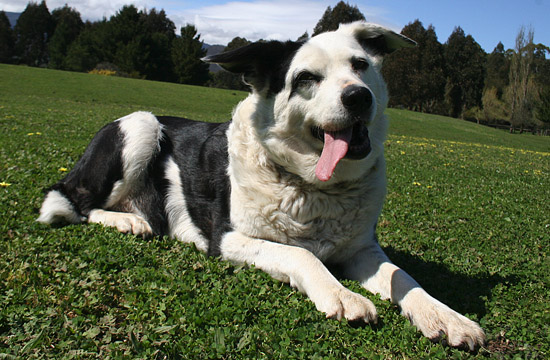 Coming into my life not long after my 18th birthday, and leaving it just before my 30th, she was by my side through the toughest times I’ve known. Bushfires, broken hearts, bleeding animals and battered dreams… she was there through every long day and longer night. And she was there to see it all come good.

She could perform any herding, obedience or trick manoeuvre you desired at a whisper, at any distance, in the direction of your choice. 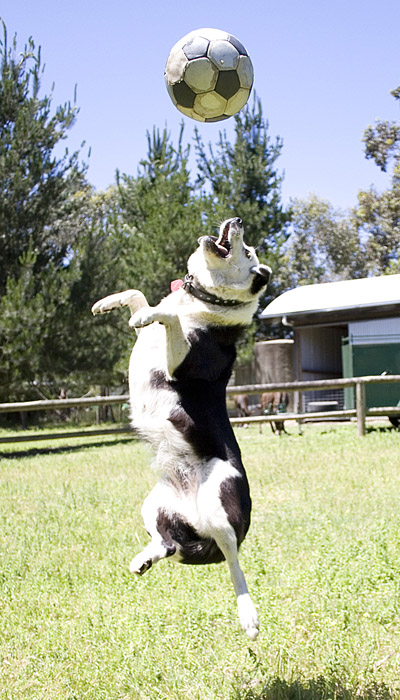 She showed me, for the first time, what was possible for a dog… and it was only the beginning.

When there were stock to move, she was there. If you lost your baby wombat, she found it. When Fergal had a meltdown the day before my dog training video-exam was due, she learnt the routine in 24 hours and filmed it perfectly on the first take.

When an aggressive dog needed rehabilitation to cope with other dogs, she lay down, off leash and patiently faced the other way on command, trusting solely in me not to let her get eaten.

Over 30 years, I’ve lived with over 20 dogs… and Kimberley was brighter, braver and more loyal than all of them put together. My best mate, my hardest worker, my little Earth-child, my harshest critic and most faithful friend, my fastest learner and wisest teacher, my saviour when all seemed lost… my best girl. She will be loved forever… never forgotten, never surpassed.